Please call the above number for a free, no-obligation quote.

Woodward Services is a well-known Building Company in and around London and the South East. Established in 1985 as Woodward Electrical by Mike Woodward it progressed onto all things construction and building maintenance when Kevin Walker joined in 1999.

Mike started his trade as an apprentice electrician in London over forty years ago. Once qualified he became an assisitant electrical engineer on projects such as the Barbican development and the refurbishment of the Old Bailey.

Prior to starting Woodward Electrical Mike worked as an electrical/mechanical consultant taking jobs from tender through to completion. Mike developed the electrical department within the consultancy practice before starting up his own business.

Kevin trained as a building surveyor in London before setting up his own company which traded for 15 years.  From owning his own business he moved on to become a contracts manager for a large national company covering clients such as Thames Water and the London Underground where he progressed to become Managing Director.

Kevin left this role to join Mike in setting up and running the building contracts side of Woodward Building Services. 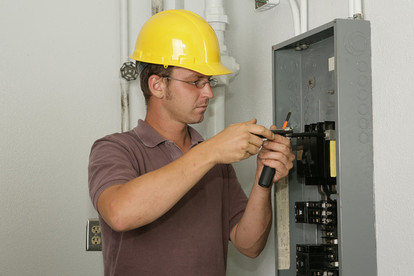